Welcome to my first interview for Cabaret Hotspot. I am thrilled with the work that David Sabella is doing on behalf of the Cabaret Community. I am very honored that he has given me a platform to celebrate the movers and shakers of our community. My goal is to celebrate their body of worth and what makes them tick. I also hope through these mini-interviews that you will get to know them on a whole new level. If you have any suggestions on future interviews, please don’t hesitate to let me know via Richard@RichardSkipper.com I’m starting this series with one of my favorite artists, Josephine Sanges.

Josephine Sanges, 2018 MAC La Mott Friedman Recording Award winner (Finding Beauty,) 2017 Margaret Whiting Award winner and 2017 Broadway World nominee, made her cabaret debut in 2014 and, since that time, has been a featured artist at the Mabel Mercer Foundation’s annual Cabaret Convention, performing at Carnegie Hall, Town Hall, and Rose Hall at Lincoln Center.
What a great way to start November! Josephine will be making her Beach Cafe Debut on Saturday night at 9:30 PM preceded by a wonderful pre-fixe dinner at 8 PM. Reservations are a must! Enjoy the interview and then reserve. Details Below.
Are you originally from New York?
I was born and raised in Queens, NY.
Home of Run-DMC.
Tell me about your experiences in the world of ‘CABARET’.
I began in 2014 after my friend John Cook and I recorded an album of “faith-inspired” music. I enjoyed working with him on that project so much that I wanted to do more. We began to look at some “secular music” from Broadway and the American songbook and, eventually, he suggested I do a show of my own. We made an appointment to talk with Joseph Macchia down at the Metropolitan Room and,  after answering some of his questions, we booked a date! Before that time, I had no idea that cabaret even existed. Since then, John and I have worked on several shows together. I love the process of inventing interesting arrangements and taking things “outside the box.” John has such a wealth of knowledge and sense of creativity. It’s a real joy to work with him. I feel extremely fortunate.
What’s the most unusual experience you’ve ever had doing your show?
Hmmm. I don’t think I have any terribly unusual experiences to talk about but, I do have a sweet memory of one particular night, just before my show would begin, nervously waiting in the little doorway outside the brick room at DTM to hear my name be announced. Just before I was about to go on, our beloved Sidney, sensing my fears and trepidation, stopped to do a quick little five-second waltz with me. It was the warmest, endearing, unexpected gesture and, just exactly what I needed at that moment.
Do you ever think you’ll be an entertainer full time and why – or why not?
It’s what I’ve always strived to be. I do sing in church full time and, though that isn’t quite the same as being an entertainer, I’m happy I get to sing every day. But, I would like to take our cabaret shows out on the road with some regularity and, to that end, I am super excited to be doing my very first out-of-town gig at Davenports in Chicago on March 29, 2019.
In the scheme of things, How important is what you do?
It’s extremely important to me, personally. I communicate far better through singing than I do by speaking. As far as how important it is to the rest of the world, I’d like to think that I provide some comfort, joy and a certain sense of empathy through all the music that I sing.
What’s the one thing you would like to do if you were given the chance?
I would love to sing anywhere in Europe. I think Europeans appreciate the classics better than most Americans do.
How successful have you been in getting yourself “out there” and into the clubs and on the stages beyond your comfort zone?
I’m in that process now. Getting an audience out of town is a huge challenge. It certainly helps that John is from Illinois and still maintains some connections there but, you have to make peace with the fact that it’s going to be scary. I’m trying to book a show in Florida next because I have  several family members there who would love to see me perform, (including my 98-year-old Uncle Frank!) I’m grateful for the people I’ve met in cabaret who have given me recommendations and advice. But, ultimately you’re on your own when it comes to making the decisions you need to make when you venture out into the bigger world.
Tell me about your experience with the next generation of entertainers and what your legacy to them will be?
My daughter, Joanna is currently finishing her master’s degree at Boston Conservatory. And, my son, Christopher, sings in an a cappella group.
I guess it’s safe to say I have had a little influence on them! They seem to be proud of their mama.
Come Up with one question I did not ask you for the next profile
Who is your favorite interviewer?
(LOL..I’m on to you, Richard Skipper!)
What song and singer do you never tire of listening to?
Judy Garland singing “The Man that Got Away.”
What’s a Bette Davis movie you can watch over and over again and never tire of?
NOW, VOYAGER. It’s a psychological drama that holds up awfully well today. It’s about a woman forced to live in the shadow of her mother….who finds her voice and purpose. I think we all struggle to find our own voice.
What do you do to keep fit?
Not nearly enough! But, my favorite activities are power walking and bike riding.
A favorite indoor game?
Gin rummy.
Name one person you would like to see profiled in this series
Sally Darling
Anything else you wish included?
Just a great big “thank you” to you Richard Skipper, and to all the people who are taking the time to get to know me a little better. You warm my heart and, I’ve loved getting to know you a little better, as well!! Xo
Follow Josephine Sanges at  https://josephinesanges.com/
Reserve For Josephine at The Beach at https://www.eventbrite.com/e/josephine-sanges-tickets-49614184361?aff=eac2
Till next week, see you in the clubs! Go out and see a LIVE show!
Richard Skipper 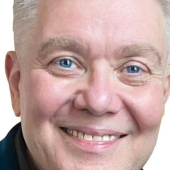