A Walter Parks concert is like a Rorschach inkblot test. The same inkblot image may be shown to ten people who perceive the image differently. They may see a person, animal, mythological or fantasy creature, in motion or still. Its impact may be comforting, benevolent, threatening or neutral.

Watching and listening to Walter Parks as he explores his Okefenokee Swamp-inspired music, creates a similarly wide range of reactions. Hearing the same songs, audience members might feel joy, grief, lust, loneliness or tenderness, reflecting whatever primal emotion is in the heart, responding to his voice as it climbs from the ocean’s hard rock bottom to soaring mountain heights as he recreates haunting cries known as “hollers” to swampland people.

Parks explained that hollers are the individual calls swamp folk use to alert family and friends that they are nearby, coming home or in need of help, like the way creatures in the wild communicate with each other. Each person has his or her signature holler, a centuries-early antecedent of iPhone ring tones. In terms of notes on a scale, Parks’ hollers would fall into a falsetto range were it not for the extraordinarily full-throated way Parks weaves his voice around his guitar chords. It’s a firehose blast of gorgeous sound.

A Parks concert is also an oral history lesson of the finest kind, like a fireside chat delivered with folksy charm that disguises its scholarly nature. He is inspired by the music and writings from the Library of Congress Archived Project of Songs from his beloved Okefenokee Swamp. Along the way he pursues the clues he uncovers linking the music of early swamp dwellers, slaves and Civil War soldiers all the way to blues and jazz players of the 20th century such as a version of “Ain’t Nobody’s Business” that preceded Bessie Smith’s by fifty years or more.

His fascination and growing mastery of swamp music and its history is a full circle journey. He was raised on the Florida-Georgia line, learned to play guitar and moved to New York to establish his place on the map. He was the side man for the legendary Richie Havens for a decade. In a moving moment in his concert, he picked up Havens’ well-worn guitar and performed a goose-bumping “Freedom/Motherless Child” in tribute to his friend and employer. But in recent years he has felt the swampland music calling him, and he has found his footing as the world’s foremost expert of this uniquely American genre.

He shifted from his roots to perform a reverential guitar solo arrangement of The Beatles’ Across the Universe and a vocal homage to Procol Harem’s Whiter Shade of Pale in which he leveraged the melody’s rangy chorus to create a mournful, contemporary holler of his own.
His closing song was a lively banjo reel accompanied by clogger Evie Hemphill and punctuated by Parks’ left-foot stomp.

The concert venue, The Focal Point, is a small, lovingly tended room with humble trappings and superior sound and hospitality in downtown Maplewood. They’re celebrating their 50th anniversary of operation as an all-volunteer, non-profit organization. The intimate space seemed to expand its ceiling and walls to hold the big sound and heart of Walter Parks. 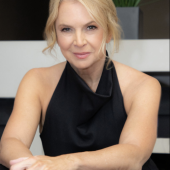 Feinstein’s at the Nikko (San Francisco)