Jazz singer Eleonor England founded Singing Lessons NYC by Eleonor England in 2015. Eleonor has been teaching since 2000 and accepts beginners through seasoned pro’s in a variety of genres. Past students who started as beginners have gone on to GRAMMY nominations, certified multi-platinum album sales, American Idol, The Voice, Superstar K, and more.

Eleonor uses “positive reinforcement” operant conditioning and a blend of bodywork and vocal technique to release the body and produce a released, more resonant tone. 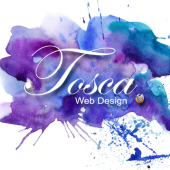